Nobody touches truffle-growing areas, these are the result of our work 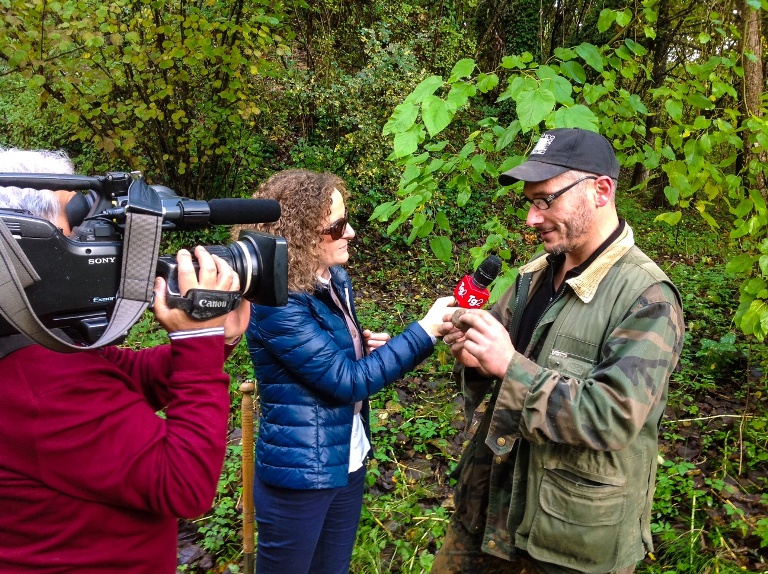 The first weekend of the Market Exhibition of San Giovanni d’Asso dedicated to the White Truffle of the Crete Senesi reserved moments of in-depth analysis for “experts” on the front of the protection of the white truffle both from the point of view of consumers from that of the truffles. On Saturday the “war started” from the Sienese Truffle Hunters Association to sauces that on the label declare themselves, in large, “truffled” and in the back of the jar, in small, write “flavours” meaning with what truffles are scarce while bismetiltimethane abounds, that is, an aroma derived from oil. “If there is a derivative of oil in that jar instead of truffles, call it oil sauce,” said Association President Paolo Valdambrini, “then let’s see what the consumer chooses.”

But there is another battle that our truffles are carrying out to defend the hundreds of hectares of improved truffle-growing areas that they manage and that arouse numerous appretials of extra-province seekers attracted by the amount of product that is found there thanks to care, work and investment of Siena associations. Appetites that become important since we are in a phase of rewriting the old law on the world of truffles that dates back to 1985. For this reason, in the round table that closed the day on Sunday, the Sienese Truffle Hunters Association and the Municipality of Montalcino, with Mayor Silvio Franceschelli to do the honors, called to St. John of Ace senators Francesco Mollame (M5S) and Mino Taricco (PD) who with Giorgio Maria Bergesio of the Lega missed at the last moment, presented the new bills on the world of truffles.

In the hall, beware, the mayors of the area who do not want to see the drop of hordes of prospectors from outside the province in their municipalities: Fabrizio nucci, Asciano; Riccardo Conti, Buonconvent; Gabriele Berni, Monteroni; Agnese Carletti, San casciano dei Bagni. The mayor of Montalcino Franceschelli spoke clearly to the senators, interpreting the thinking of his colleagues: the territory is ready to defend itself if its specificities and work are not respected to preserve the environment intact, enhance the collection and the truffle induced.

“It was a positive meeting – said the president of the Sienese Truffle Hunters Association – in the end everyone agreed on the need to protect, even at the legislative level, what has been called the originality of the Crete Senesi model. We are a unique reality in Italy with the hundreds of hectares of cured truffle-growing areas, improved and maintained all year round at the expense of our truffle hunters and those of the Asciano Garbo Association. It is clear that improved truffle-growing areas produces more and better than free and untreated ones. But our work and economic commitment must be recognised and protected.”